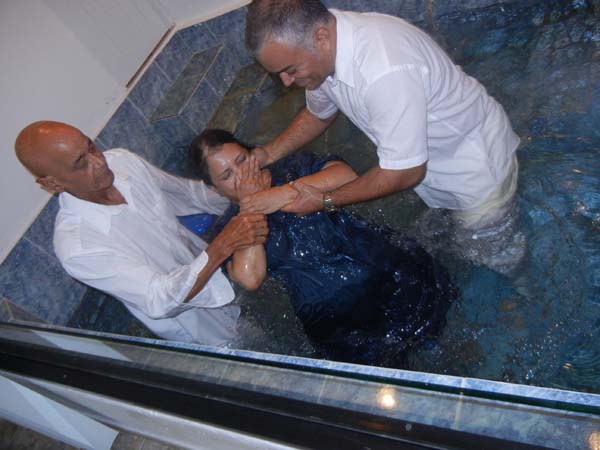 Above two pictures. Laura García Torres, 57 years of age, is baptized Sept. 13, 2015, by José Álamo and Rafael Torres, in the Bayamon, Puerto Rico church of Christ. Dissatisfied with Pentecostal type religion, Laura began searching on the Internet for a more biblical church. She eventually found information on the congregation in Bayamon, and began attending. Five Sundays later, she came forward to be baptized. 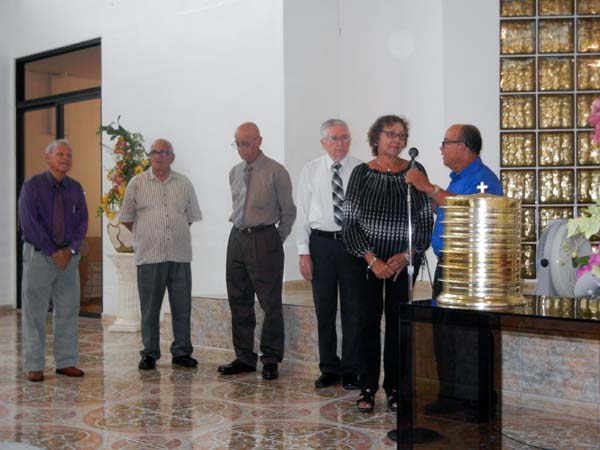 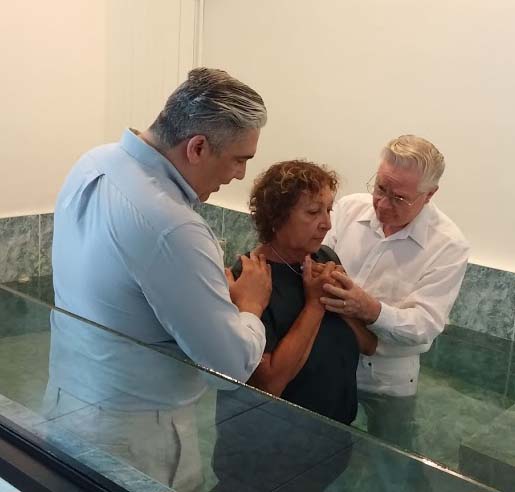 Above two pictures. Sunday, Sept. 20, 2015, Jenny Rojas Rivera, 66 years of age, came forward to be baptized. In the first picture, five of the six leaders of the Bayamon church of Christ stand with Jenny as she makes the good confession. In the second picture, Dewayne Shappley and Armando Morales proceed to baptize Jenny.

This was a profoundly emotional event for Armando, for Jenny is his mother. She had been a Buddist for nine years, practicing some Japanese form of that religion which focuses mostly on “world peace,” as Armando explained to me. He had been talking with her off and on during those years about becoming a Christian, and called me late Thursday night, Sept. 18, to inform me, with great joy, that his mother had made the decision. Until her retirement because of a physical condition, Jenny worked for the Treasury Department of Puerto Rico.

As reported previously, Armando himself is a convert through our Internet site, www.editoriallapaz.org. In May of this year, he was awarded a Six Year Certificate from the School of Advanced Bible Studies in San Juan, and has begun to preach some. Armando has expressed a strong desire to be an evangelist. Presently, he is working as an insurance agent.

Below, after her baptism, Jenny partakes of the Lord’s Supper, assisted by Armando and José Álamo. 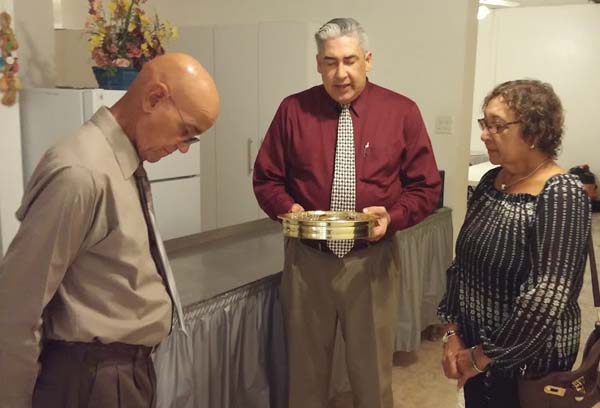 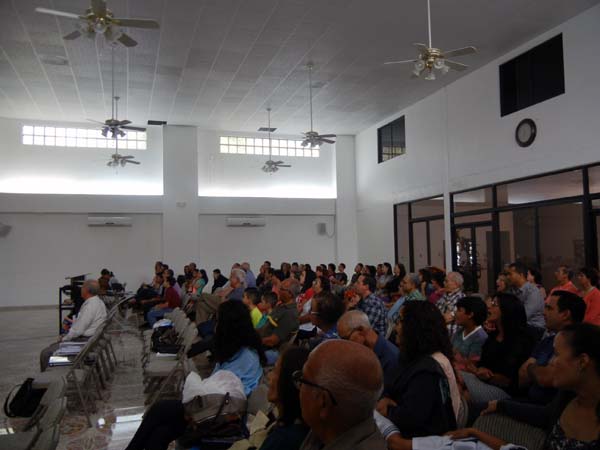 Sunday, Sept. 13, 2015, the Bayamon congregation gathers for worship and Bible classes. This photograph was taken just before the baptism of Laura García. The attendance was 103, and that same number was also present the next Sunday, Sept. 20, when Jenny Rojas was baptized.