Le puede interesar: Travels of the Soul-Spirit after the Death of the Physical Body

Le puede interesar: Beyond your suffering, be it physical, material, emotional, mental and/or spiritual.

Travels of the Soul-Spirit

after the death of the physical body 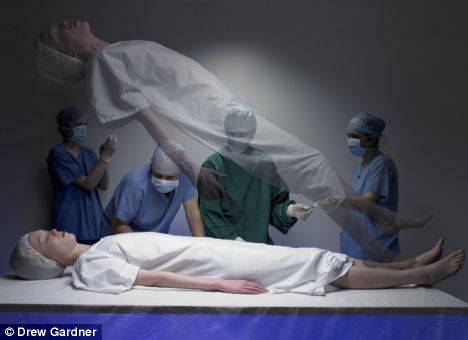 “TRAVELS of the Soul-Spirit after the Death of the Physical Body” Article and TRACT.

The spiritual weight of the pure soul. That of the impure soul. Gravitas adds weight to the soul, as do many attributes and norms of a similar nature. The eternal weight of glory the soul can acquire.

Sounds emitted by souls-spirits as they leave mortal bodies.

The cargo of the pure soul, and that of the impure. Treasures and deposits in Heaven.

Adequate preparation for the departure.

The following subject is available in English and Spanish.

Of weights, noises and cargos 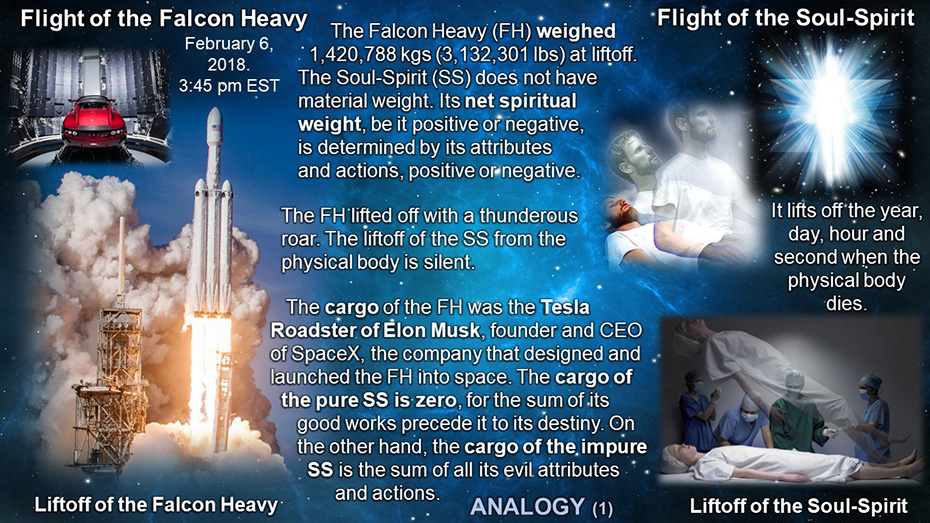 Subject: Of weights, noises and cargos. Adaptable for classes, conferences or messages. Substantial text with a number of points and applications.

A JPEG image (slide) is included, with the sequence of graphics and texts.

Sounds heard at both liftoffs, or associated with them.

The following subject is available in Spanish and English.

Tense Flight of Starman to the First Orbit

The Obligatory Flight of the Soul-Spirit
to the First Landing

This subject is adaptable for classes,
conferences or sermons

Ample text, with numerous points and applications. Includes a slide in JPEG, with annotations on the sequence of graphics and texts.

The Tesla car is the lustrous vehicle that Starman rides into space.

Analogously, the physical body is the terrestrial vehicle by means of which the Soul-Spirit transports and manifest itself in the material world.

Both perish in the material universe.

Neither Starman nor a great number of human beings discern clearly the extremely important differences between their own natures and that of their respective vehicles. Some of these are pointed out and contrasted in this Analogy.

Many humans conceive of themselves as animals, nothing more.

God planned Earth to be humankind’s habitat. Does the obsession of some to leave Earth and establish outposts on other worlds contravene the plan and purpose of the Creator for humans?

The angels were assigned their own domain. Lucifer and his compatriots left it, with disastrous consequences. Judgement after death.

Angels minister to those who inherit eternal life.

Every Soul-Spirit has to ascend to the First Celestial Landing.

Don’t PANIC! Every hour, 6,392 Souls-Spirits ascend to the First Landing. What happens there? Is your name listed in the Book of Life?

This subject in SPANISH

The Pleasant Flight of the Pure Soul-Spirit
to PARADISE, its Second Landing
in Celestial Regions 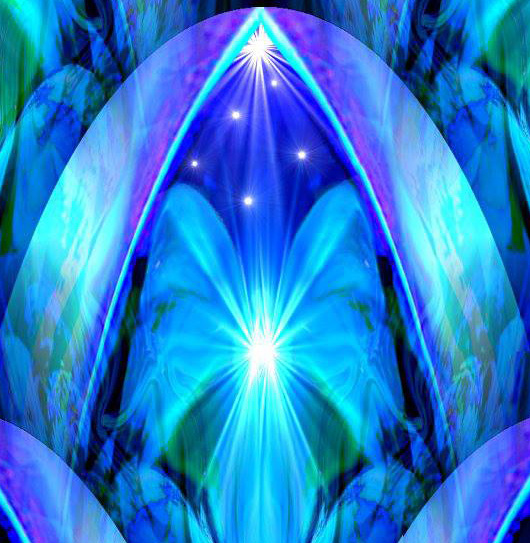 This subject also in Spanish

The following material is available in Spanish and English.

Only slides on this Page, with links to expositions.

The above subject is available in Spanish, both as an article and in PDF for a tract.

“Beyond your suffering, be it physical, material, emotional, mental and/or spiritual.”